Visiting Rosalie and The Burn Plantations in Natchez, Mississippi

Mississippi’s state slogan is one of the best and I found myself at home in Natchez while visiting two plantations which escaped the Union Army’s torches during the Civil War—Rosalie and The Burn.
I arrive at The Burn Antebellum Bed and Breakfast on a bright spring afternoon and meet my hostess, Bridget Green, who shows me to my room and arranges for a personal tour of the home.  The Burn was given its unusual name by a Scottish gardener and refers to a babbling brook on the property, the word “burn” meaning “small stream or brook” in Old English and Scottish.  Antebellum—great word by the way—is of Latin origin and means "before the war".  In the southern United States "the war" means only one thing:  The Civil War.

I have time for an early dinner before my tour and I choose the Magnolia Grill in the Under-The-Hill district on the Mississippi riverfront.   My entrée of red fish almondine and fried sweet potatoes is tasty but my favorite part of the meal?  Two large glasses of sweet tea.

After dinner I return to the B&B and meet my tour guide Nell, an employee of the B&B.  Nell serves me a glass of wine while I relax in the dining room and examine the pictures on the wall.  Nell returns and introduces me to the people in those pictures.  I meet John Walworth—original owner of The Burn—and his oldest surviving son Douglas, daughter Laura and her children, and daughter Lucy who died of yellow fever in 1853 at the age of 11.  Through the years many descendants of the Walworth family have called The Burn their home.
One outstanding feature of the home is an unusual semi-spiral freestanding staircase.  The floors, most of the window glass, and all the molding in the rooms are original to the house, along with the dining room table and china.  The tour continues outside.   Azaleas are blooming, two large fir trees stand guard over the rear patio, and a giant Live Oak graces the circular driveway. The Burn, a historical treasure, is the oldest original plantation in Natchez.

After the tour I retire to my room, The Douglas Room, in a building called the Garconierre.  This building, just a few steps away from the main house, was built to house the sons of the family after they reached the age of fourteen.  In the antebellum south it was common practice to house teenaged sons in the Garconierre; the families could remain ignorant of the boys’ shenanigans and the boys' behavior didn’t disrupt the household.
I’ll bet there are more than a few families today who could benefit from having a Garconierre on the property.
****
The following morning I wake to birdsong, having spent a restful night in The Douglas Room—no teenaged monkey business occurring in the Garcionerre last night!
Hot coffee waits for me in a silver coffee server on the buffet table in the dining room.  I pour a cup and take a seat at the head of a long table in this cavernous room with two fireplaces. I’m the only guest of the inn today but that doesn’t prevent the staff from serving a breakfast feast.  The meal starts with fruit boiled in a sugary syrup and continues with eggs, bacon, grits, OJ and sesame seed rolls—a perfect way to greet the day.
After breakfast I drive the short distance to Rosalie Plantation where a docent greets me on the front porch of the mansion for the 10 o’clock tour.  I learn that Rosalie was built by a native Pennsylvanian; he came to Mississippi in the early 1800’s and made his fortune in the timber business.

The Daughters of the American Revolution bought the mansion in the 1960’s and have retained many furnishings and period pieces from the mid-1800’s.  The home is large and lavish.  It’s hard to believe that some people lived so elegantly during that period of our nation’s history while others lived as homesteaders in meager claim shanties.
Like the Burn, Rosalie was not destroyed during the war.  Rosalie’s superb location—high on a bluff overlooking the Mississippi River—led to its status as one of the Union Army’s headquarters.
And how did The Burn survive?  The Union Army occupied the home and used it as a hospital for three years during the war. Sure enough, there’s a photo inside the home of Union Army soldiers posing on the front porch of The Burn.
While both these plantations represent a dark period in our nation’s history, the buildings themselves are remarkable examples of architecture and elegance in the antebellum south.

****
You can find more information on Natchez, Mississippi by visiting this site:  http://www.visitnatchez.com/
Go on and make yourself at home in Mississippi.  Visit The Burn—here’s their web address:
http://theburnbnb.com/

If you would like to read about a visit to another of the south's fascinating plantations, see this previous post:   http://onedayinamerica.blogspot.com/2011/03/cane-river-country-louisiana.html

Now here's a place I'd never thought to visit, yet your post makes me want to pack my bags and enjoy some of that lovely Southern hospitality - and great food!

It's great to see the architectural examples as you're describing them. And I love the historical tidbits, like the Garconierre - who knew?!

Thanks for sharing your time in Mississippi. It's now on my travel list!

Rita, I agree with Vickie in that Mississippi is a place I'd never considered for a visit. It just goes to prove that we all learn from each other via this new-fangled media of blogging! :)

And, I agree with your statement about the plantations representing a dark period in our nation’s history, but the buildings themselves are indeed remarkable examples of architecture and elegance in the antebellum south. As but one example, that semi-spiral free-standing staircase in The Burn's center hallway is simply stunning!

Enjoyed your blog. Natchez was never shelled by the Union troops. Before the Civil War and because of its cash crop, cotton, there were more millionaires per capita in Natchez than anywhere else in the continental United States. Since most of these plantations were owned by businessmen from the North, Natchez was a Union-sympathizing town, which is why it wasn't burned.

In fact, only one house was destroyed during the war: Clifton, which was burned by a Union officer who claimed its location on the bluff made it a vantage point from which to surveil the river. In actuality, he was miffed because he'd been overlooked as a guest at a party thrown by the owner.

Natchez still has the largest collection of antebellum mansions in the United States, many of which are open to tourists year-round. For a few weeks in the spring and fall seasons, many of the private homes are open for tours as well.

To see and read more about Natchez and the surrounding area, please visit my blog at www.shantybellum.blogspot.com or the Natchez Visitors website at www.visitnatchez.com.

As always, thank you for your comments and compliments.

I added Natchez to my Louisiana trip itinerary because it was easier to fly in and out of Jackson, MS than to fly to New Orleans. And I'm so glad I did because Natchez was a delightful place to visit and explore.

You're both right about blogging being an excellent way to become exposed to facts, tidbits of information, and discoveries that one wouldn't necessarily seek out on one's own.

Thanks for reading, and I'm happy to have opened a window into Natchez as a human-interest and historical travel destination.

I appreciate the additional historical information you provide about Natchez and its plantations.

There is always more to a story and it's interesting to note that, in addition to these two plantations proving useful to the Union Army, Natchez sympathized with the north due to the prominence of "Yankee" businessmen-owned properties.
I think it's wonderful that Natchez retains much of its antebellum charm—it's definitely a city worth a return visit.

Thanks again for reading and commenting.

Though not as elegant as the B & B homes or the plantations, we recommend Clarksdale, MS where you will find The Blues Museum and (Morgan Freeman's) Ground Zero Blues Bar just across the street from each other. Nearby are unusual lodging choices, including an updated tenant cabin. The next time you go to MS, consider the Delta and its blues. I'll look forward to Natchez when next I visit.

Thanks for adding another tourist destination for those traveling to Mississippi.
Morgan Freeman's Blues Bar sounds like a must-see!

Clarksdale is now on my list of places worth a visit.
Thank you for sharing this information, Connye.

Department of Serendipity: Immediately after reading this post, I encountered a garconierre in the novel I'm reading, "A Million Nightingales" by Susan Straight. It's set on the plantations around New Orleans in the early 1800s. Once mentioned, "garconierre" comes up frequently in the story - thanks to Rita, I knew what it was.

The story also features a "pigeonnierre" or dovecote.

Where Will You Go Today?

My parents loved to travel and every summer our family explored a state or region within a day’s drive of our home in Pennsylvania. I credit my parents with planting those first seeds of yearning, of wanting to explore and to learn about the world beyond my doorstep. My Dad had only one week’s vacation and so we never ventured beyond the Mississippi. Finally, the summer after my first year of graduate school, my dream of touring the west came true. With a roommate, an old car and a cheap orange tent I traveled the country from Pennsylvania to California and from that first cross-country trip I’ve been hooked on the joy of discovery.

Come along with me on this journey. We’ll travel from national parks to national historic sites, from primitive campgrounds to luxury B&B’s, from fields and streams to cities and towns. I’ll share both descriptions of and opinions about the places we’ll go. You’ll have a chance to learn of a new hidden treasure or to re-visit cherished locales. I welcome your comments.

Where will you go today? The world is waiting......

One Day in America
Price, Utah 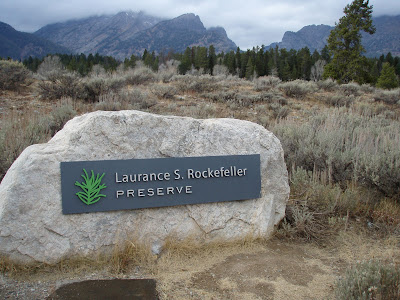