The year: 1916.
The place: South-western Utah, where Ruby and Minnie Syrett decided to shake off the dust of their small town and search for a place to call their own.
Without the benefit of Realty signs pinpointing desirable locations to settle, they picked a broad open meadow bordering a pine forest, literally "in the middle of nowhere".

One day a neighbor stopped by and asked Ruby and Minnie if they had ever traveled a mile south of their property to see, as he called it: "Just a big hole in the ground."  No they had not.
"Well," said the neighbor,  "It's worth seeing."

So one Sunday afternoon Ruby and Minnie hitched their horse and buggy and ventured out to see this "hole in the ground".
Here's what they saw:


And, just like that, Ruby, Minnie and their young family had hit the location jackpot.

In 1920 Ruby built a lodge to accommodate visitors.  In 1928 Bryce Canyon became a National Park.  And by the late 1920s Ruby's Inn had become a vacation destination.

Today, Ruby's and Minnie's grandchildren and great-grandchildren run the place and—in my opinion—it's become a rather kitschy tourist trap.  However, every winter Ruby's Inn grooms a network of cross-country ski trails on the boundary of Bryce Canyon National Park.

The Ruby's Inn Nordic Area, with just under 17 miles of mostly beginner trails, is not particularly challenging or large.
But the location?  It can't be beat.


These views from the Ruby's Inn ski trails illustrate why it's one of my favorite winter destinations: 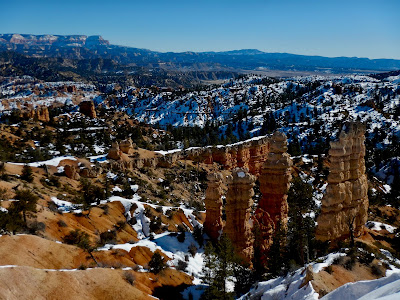 Above and below:  Views from the Rim Trail. 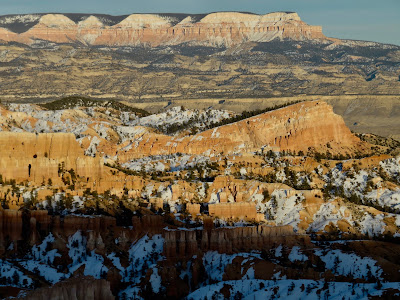 Below:  View from the meadow trail. 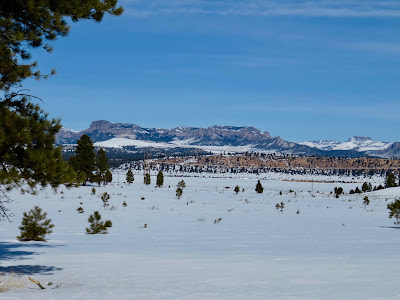 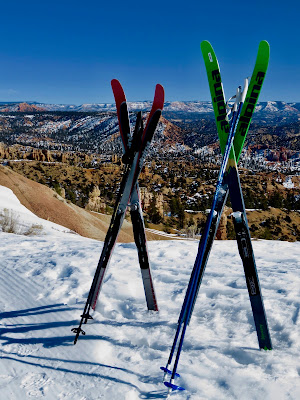 Grab your skis and head to Ruby's Inn for a fabulous winter get-away.

Rita, your blog posting is most aptly entitled, i.e. “Location, Location, Location”! Wow!! What a stunning location for just about anything, but especially for XC-skiing. It’s no wonder that this ranks as one of your favorite winter destinations!

I thoroughly enjoyed your photos, and the story about Ruby and Minnie.

You're right, John, that Bryce Canyon is a stunning location for just about anything.

In addition, for skiers like you who prefer untracked snow, you can ski anywhere in the park where there's snow! Also, snowshoeing can be done on any of the park's trails that are covered with snow. So it really is an ideal winter destination.

As always, thanks for reading and commenting!

Where Will You Go Today?

My parents loved to travel and every summer our family explored a state or region within a day’s drive of our home in Pennsylvania. I credit my parents with planting those first seeds of yearning, of wanting to explore and to learn about the world beyond my doorstep. My Dad had only one week’s vacation and so we never ventured beyond the Mississippi. Finally, the summer after my first year of graduate school, my dream of touring the west came true. With a roommate, an old car and a cheap orange tent I traveled the country from Pennsylvania to California and from that first cross-country trip I’ve been hooked on the joy of discovery.

Come along with me on this journey. We’ll travel from national parks to national historic sites, from primitive campgrounds to luxury B&B’s, from fields and streams to cities and towns. I’ll share both descriptions of and opinions about the places we’ll go. You’ll have a chance to learn of a new hidden treasure or to re-visit cherished locales. I welcome your comments.

Where will you go today? The world is waiting......

One Day in America
Price, Utah 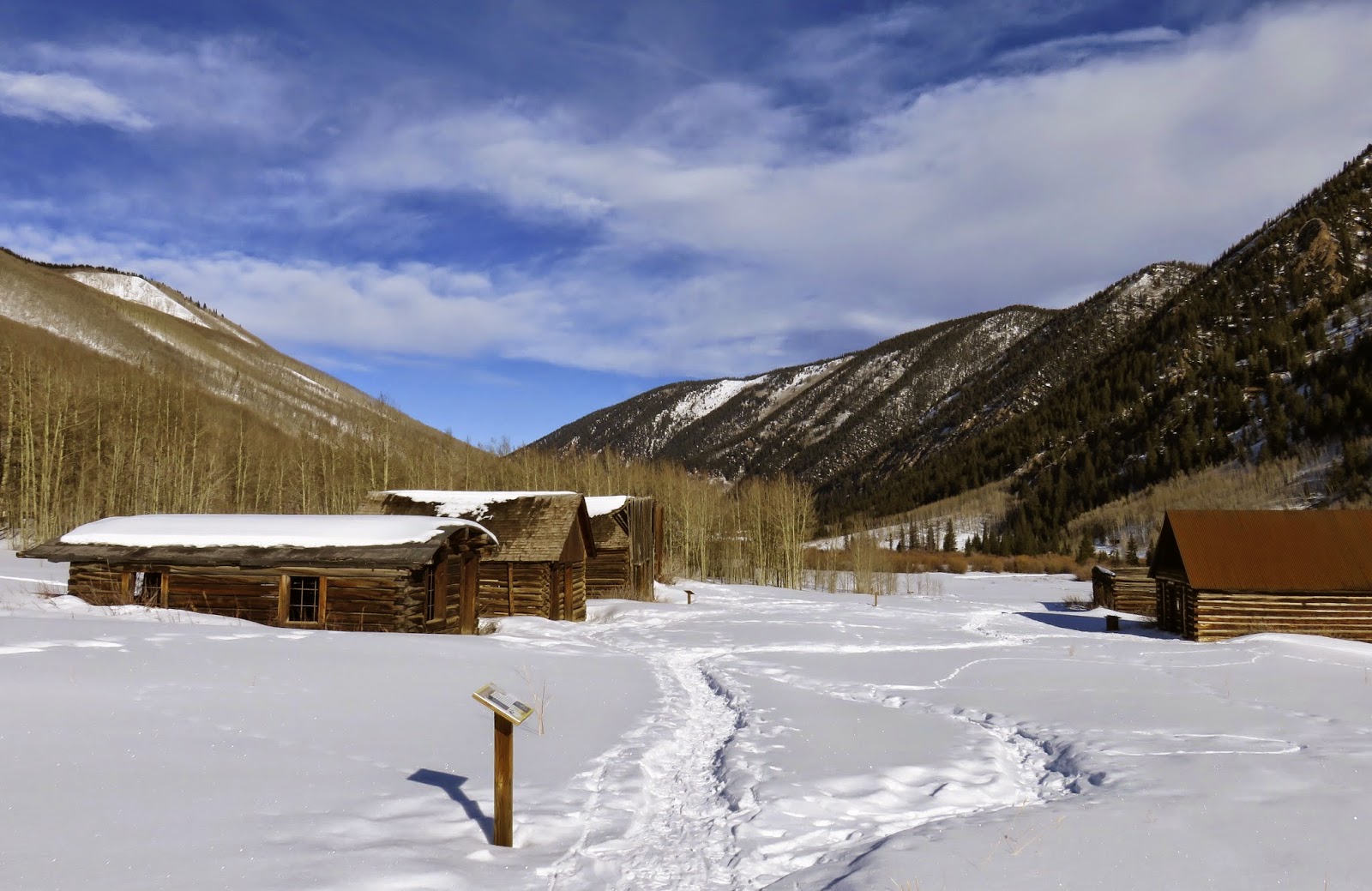 Want to be notified of new posts by email? Submit your email address here